A lot of potential buyers of silken beddings are turned off by its high price. But, what makes silk so expensive? How do you benefit from them? And, more importantly, are they worth it? Well, in this article I’ll answer all those questions for you and even recommend some of the best silk bed sheets in the market in 2020.

Are silk sheets worth it? The short answer is yes, silk sheets are definitely worth it. They’re pricey because silk production requires a lot of care and time. However, silk bedding is a good investment since it’s very durable and comes with many health benefits for skin and hair. Not to mention that they look beautiful and feel luxurious.

You might want to get a highly rated YANIBEST silk pillowcase too – your hair and skin will thank you.

You’ll be sleeping like royalty each night with the 100 Mulberry silk sheet set.

This product is the cream of the crop of silken bedding in the market today.

Available in different sizes and colors, it is completely made from charmeuse mulberry silk.

It’s also a bit thicker than our two other product recommendations since it has a higher momme count of 22.

Each set includes 2 pillowcases, a flat sheet and a fitted sheet in a wonderfully lustrous look. Unlike low quality silk beddings, this product is seamless as well so that there are no annoying seams.

The THXSILK Silk Bed Sheets can provide you with a good balance of comfort, beauty, quality, and price.

Each set comes with two pieces of luxurious pillowcases, a flat sheet and a fitted sheet with deep pockets.

These are available in four sizes and you can pick from 13 elegant colors.

This product comes with an Oeko-Tex certification, so you know that you’re getting a quality product that is free from harmful chemicals.

Moreover, it’s hypoallergenic, anti-bacterial and dust mite repellant, making it the perfect choice for people with sensitive skin and allergies.

Sleeping on these silken sheets, you’ll have a comfortable rest each night since it’s soft and smooth. Plus, it can help regulate your body temperature no matter if you’re a hot or cold sleeper.

If you don’t want to splurge too much on silken beddings but don’t want to compromise on quality either, check out the LilySilk Bedding Sheets.

It’s cheaper than the two other products recommended in this post, but the quality is still nothing to scoff at.

Each set of 2 pillowcases, flat sheet, and fitted sheet is made of natural mulberry silk and is certified to be free of harmful chemicals.

It comes in 5 sizes which are available in 12 lovely colors which were achieved using natural dye. All these mean that this product is extremely gentle on the skin and safe for people suffering from allergies.

On top of that, silk can prevent dust mites and bacteria growth, so you can sleep without any worries every night. The silk’s natural temperature-regulating properties add to the many benefits you can get from this silken sheet set. 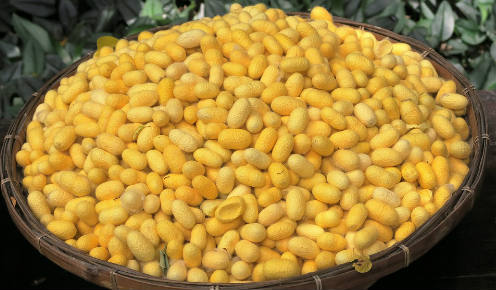 Silk is a natural protein fiber that is produced by different types of insect and larvae. It has a shimmering appearance that is caused by its light-refracting prisms.

Silk production requires a lot of care and is a time-consuming process, making it quite expensive. This, along with its beauty and smooth, soft texture, has earned it the title “queen of fabrics”.

How Is Silk Made?

The most common form of silk is made from mulberry silkworm cocoon. The silkworm is fed mulberry leaves and after thirty-five days, it will start spinning its cocoon. This will then be placed in boiling water and later, spun into silk.

There are many types of silk depending on which insect they are cultivated from.

Accounting for about 90 percent of the world production, mulberry silk is the most popular type and highest quality of silk. It is gathered from the Bombyx mori silkworm which feeds only on mulberry leaves.

This kind of silk is durable, odorless and hypoallergenic.

Among the non-mulberry silk, tasar silk is the most widely produced. It is made from tasar silkworm cocoons and often has a copperish color. This type of fiber is strong but tough to dye.

Also called the Errandi or Endi silk, eri silk is creamy white in color. The eri silkworm and the Bombyx mori are the only two species of silkworm that are completely domesticated.

However, unlike the Bombyx mori, it has non-violent origins since the moths leave the cocoons first before they are harvested.

The resulting fabric is coarse, dense, darker and heavier. It also has good thermal properties that make it cool in summer and warm in winter.

The muga silkworm produces silk that is golden yellow in color. It is semi-domesticated in Assam where the limited supply is often used to make traditional dresses for royal families.

Produced from the Madagascan spider species, spider silk is a non-insect variety that is very hard and expensive to produce. Despite being costly, its durability makes it popular in the production of wear-resistant clothes and bulletproof vests.

Commonly used in making velvet and plush, the anaphe silk is produced in southern and central Africa. Raw anaphe silk is soft and lustrous while the resulting fabric is usually elastic and stronger than the mulberry silk.

What to Look for When Buying Silk Sheets

Moving on, let’s check out the different factors that you need to consider when buying silk bedding to ensure that you get luxurious sleep each night.

Pick silk sheet sets that have been made from long fibers since these are softer, smoother, more durable and they give off that nice, shimmering effect. Silk sheets that have broken fibers have a dull look.

Unlike other fabrics which use thread count to differentiate quality, silk uses momme count since it has very fine threads.

Momme is the unit used to measure silk density. For bedding, you’ll want to look for about 19mm since this is a good combination of durability, quality, and affordability.

If you’re looking for the best, then pure mulberry silk sheets are the only way to go. They are expensive, but you know you’re getting your money’s worth. Silken beddings made from mulberry silk are durable, smooth, soft and have less friction.

Is silk better than cotton?

There are many ways that silk is better than cotton. First, not only is silk hypoallergenic, it provides better insulation as well.

It’s smooth texture also means that it won’t tug on your skin like cotton sometimes does. Even better, silk might seem delicate but it’s actually a strong and durable material that stays fresh longer than cotton.

How long do silk sheets last?

Silk is a strong and durable fabric. A heavier weight quality silk around 19mm (don’t buy sheets that have a lower momme count) or more will give you many years of use with proper care.

Are silk sheets good for your skin?

There are many benefits to using silken beddings and one of them is for your skin.

It’s hypoallergenic so it’s a good choice for people with sensitive skin. Plus, unlike cotton which draws the moisture out from your skin and hair, silk sheets won’t leave them looking dull and dry.

What silk sheets are best?

If you’re looking for the best, mulberry silk sheets with a momme count of around 19 are a great choice.

Silk sheets are breathable, so they can keep you feeling fresh all night long. This also makes it a great choice for hot sleepers.

Yes, mulberry silk is real silk. In fact, it is the most widely produced type of silk.

So, are silk sheets really worth it?

Don’t let the price of silken bedding stop you from getting luxurious nights. Silk sheets are worth it if you consider the quality and benefits that you’re getting. Plus, pure silk lasts for a very long time.

Simply put, it’s a good investment that you won’t regret for years to come.

When it comes to best silk sheets in 2020, I highly recommend the Mulberry Park Silks Sheet Set and THXSILK Silk Bed Sheets. They’re everything that quality silken sheets should be – comfy, elegant, luxurious and durable. These silk sheets are available in full, queen, king, and Cal. king.

The LilySilk Bedding Sheet Set is a good alternative as well if you’re looking for a quality product at an affordable price.

4 thoughts on “Best Silk Sheets 2020 Reviews: Are Silk Bed Sheets Worth It?!” 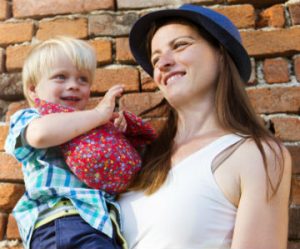 Hi, I’m Liz! Like millions of people, I had insomnia for years. My obsession around the science of sleep inspired me to become a certified sleep science coach. I wanted to help others to sleep better too and that’s why I started Sleeping Lucid.
Have questions? [email protected]
(I don’t bite)