Silk is a prized commodity that has a long and tumultuous history. This soft gold, as some call it, has even contributed to the introduction of various ideologies, culture, and religion to many countries. So, today, let’s take a look at the history of silk and its impact on both the ancient and modern world.

Silk has its roots in Ancient China with the Empress Hsi Ling Shi, wife of the Yellow Emperor, being credited for its discovery. Though it was once reserved for royalty, it was later traded to countries via the famed Silk Road where much more than goods were passed. Because of its value, the process of silk-making was kept as a secret for thousands of years. However, China lost their monopoly on silk when a Japanese expedition succeeded on getting some silkworm eggs and information about sericulture.

Read also: Silk Sheets Reviewed: Are They Even Worth It?!

Silk is a fabric made from protein fibers called fibroin which is produced by insects like the silkworm and arachnids like spiders. It’s a natural fabric that is often dubbed the “queen of fabrics” due to its luxurious appearance and high price.

Why Is Silk Important?

From the ancient world to the modern times, silk has remained as a luxury standard. It is a useful material as well that is used in many industries due to its strength, heavenly feel and many other desirable properties. Silk is used even in medicine.

Now, let’s talk about the silk story. Who discovered silk? How did it impact the ancient times?

History: The Story of Silk

The history of silk can be traced back into Neolithic China with the oldest silk estimated to be from about 3630 BC. It was found in Henan Province which is well-known for being the place where Chinese civilization started.

History of Silk in China

Legend has it that in the Yangshao culture, Empress Hsi Ling Shi, the wife of the Yellow Emperor, accidentally discovered that silk can be woven. It was said that a silkworm cocoon fell into her tea. When she tried to take it out, it started to unroll, giving her the idea of turning it fabric. She is also credited for inventing the loom which was used to weave the silk.

For a long time after the discovery of silk, only the emperor and very important people of position could wear silk. However, once the restriction on Chinese silk fabric was lifted, it rapidly became a luxury standard and the sericulture industry started to flourish.

How Did Silk Impact Ancient China?

Well, aside from being used in clothing and decorations, it was soon used for musical instruments, bow making, and fishing. It even became a monetary standard in Ancient China.

Why Did the Chinese Keep Silk-Making Methods a Secret? 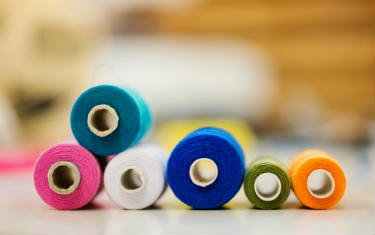 The Chinese people knew the value of this precious commodity, so they decided to keep silk-making methods a secret. In fact, people who tried to spread Chinese silk information and smuggle eggs, cocoons and silkworms out of Ancient China were put under death penalty.

Why Was the Silk Road Important?

It was in the later half of the first millennium BC that the Silk Road in Ancient China was officially opened due to the demand for this exotic product. This lucrative trade route went on for about 4,000 miles from Eastern China to the Mediterranean Sea.

While silk was the most precious commodity traded on the Silk Road, there are also other things that were bartered. This includes gold, ivory, gems, glass, dates, saffron powder, sandalwood, and even exotic animals and plants.

What Ideas Were Traded on the Silk Road?

Aside from the goods, it made sense that religious and cultural beliefs got passed on as the merchants and middlemen bartered their products. For example, Buddhism reached Ancient China via the Silk Road from the Kushan Kingdom.

How Is Silk Made in China Today? 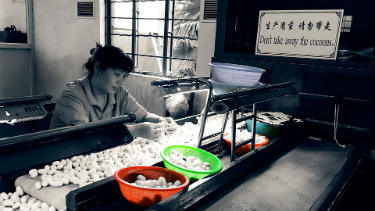 Today, Chinese silk is no longer as precious as before. However, it is still a valuable commodity since China produces 150,000 metric tons yearly.

That is about 78% of the world’s silk. Plus, sericulture gives livelihood to about ten million farmers and about half a million people are involved in silk fabric production.

The process of making silk in China has largely remained unchanged throughout the years except for the aid of modern technology in making the process easier and faster.

History of Silk in India

The silk industry in India has a long history that goes back to about 2450 BC. Also, just like in China, it was reserved for royalty. However, the first Indian silk wasn’t spun from Bombyx mori silkworms that were fed mulberry leaves. Instead, the silk was gathered from Tussah, Eri and Muga moths.

Currently, India is the world’s second largest producer of silk after China and the world’s top consumer of silk.

Types of Silk in India 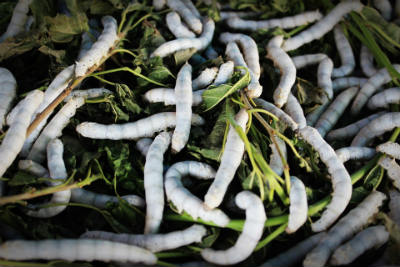 Aside from mulberry silk, India produces other types of silk.

How Did Silk Impact the World?

Silk helped shaped the ideologies, culture, and religion of countries like China and India. It was in the Silk Road that the west and east met, exchanging more than just the commodities that the merchants traded.

Aside from Buddhism which I have mentioned before, Islam, Zoroastrianism, and Nestorianism were introduced to China and India thanks to silk.

Why Is Silk Important Today?

While silk is no longer as precious as it was before, it is still an important commodity that gives livelihood to millions of people. Not to mention its various applications that range from clothing to medical.

The silk’s physical and chemical properties will surely make it an indelible and important product of the past, present, and future. Here are some of its main applications.

What Is Silk Used for?

In general, there are five uses of silk.

There are different types of silk depending on which insect or arachnid it is derived from. The most popular type is mulberry silk, accounting for as much as 90% of the silk in the world. Other types of silk include tasar silk, eri silk, muga silk, spider silk, mussel silk, and anaphe silk.

How Is Silk Made into Fabric? 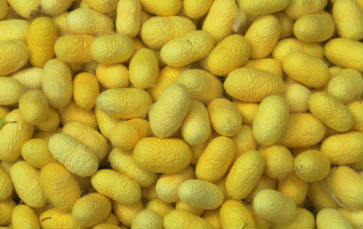 Sericulture, or silk farming, is an important industry in countries like China and India. In order to turn silk into fabric, several steps are followed.

Silk production is a hard and time-consuming process. This adds to the specialness of silk and, of course, its price.

Some of the properties of this luxurious textile are as follows: 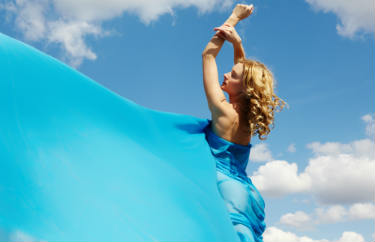 From the silk’s accidental discovery by the Empress Hsi Ling Shi to the silk of the modern times, it has had a great impact that changed the lives of millions of people.

From there, it’s been very popular for its various applications from clothing and decor to the more industrial uses. The ensuing opening of the Silk Road is notable as well for its impact on the culture and religion of the people related to the trade.

Today, thousands of years after the silk’s discovery, it’s still continuing to change people’s lives. This is thanks to the advancements in technology which can be used to take advantage of the silk’s remarkable properties.

Let me know in the comments if you have any questions about the history of silk!