Considering how nasty and vicious bed bugs can be, the thought that they might have singled you out for constant visits is stuff that nightmares are made of. How else can one describe a situation where bed bugs appear to relish only my blood, ignoring others around me?

Is it actually true that bed bugs can prefer one person over another?

The most effective way to stop getting bitten by bed bugs is to rid of them! Put everything made of fabric to the dryer and spray the bed and the surrounding area. The good news is that you don’t have to use chemicals because Eco Raider is non-toxic and very effective. It’s also a very affordable solution to this nasty problem. Alternatively, you can use SafeRest mattress encasement. It’s lab tested, bed bug and dust mite proof. Goes well with allergy and bed bug proof pillow cover. 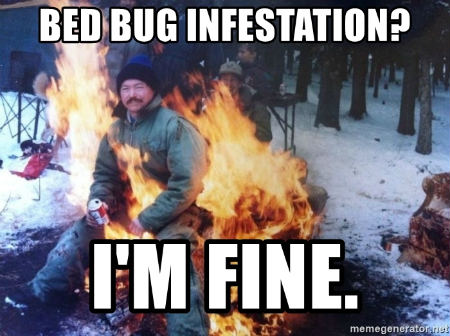 Why Do Bed Bugs Bite Only Me?

Like I mentioned above, there has been no scientific proof to back the claim that bed bugs would be picky and prefer one person over another. The major explanation currently available is that everyone’s body does not react to bed bug bites in the same way.

For some, the bite marks are conspicuous and their skins break into nasty rashes. For others, nothing at all appears on the skin and they do not even know they’ve been bitten.

If two persons with these kinds of body reactions were to be in the same bed bug infested location, the one whose body reacts harshly to bed bug bites will assume the other was not bitten because of the lack of external signs on their skin.

Another speculation is that since they love warmth, they may prefer persons with warmer body temperatures.

Actually, they do not. At least no verifiable research or study has proven this. It appears they will gorge themselves on human blood without any consideration to the gender of the meal source.

That said, there is a lot of speculation regarding this subject.

The responses gotten on the subject are overwhelmingly pointing to the reaction of the female body to bed bug bites. Just as I mentioned earlier regarding how people react differently to the bug’s bite, there is now a suggestion that females react more strongly to the bite than their male counterparts.

If the above is proven to be true, then the assumption that bed bugs prefer females will be based simply on the fact that females react more to the bite than males.

What Are Bed Bugs Attracted to?

They are attracted to warmth, blood, and carbon dioxide. They will also love spaces with a lot of clutter. This will give them a lot of hiding places from which they can quickly launch their attack and also beat a fast retreat to.

What Attracts Bed Bugs to Bite?

A combination of your body warmth, the carbon dioxide you exhale and the promise of a nourishing blood meal.

Bed bugs are not fussy at all and do not have any blood type preference. They enjoy all blood types.

However, bearing in mind that they are attracted to the warmth that your body gives off and the fact that some blood types give off more heat than others, it is, therefore, possible that they may be drawn to the warmer body.

In essence, it is still the heat that attracts it. The warmer body will attract the bed bugs more.

Do Bed Bugs Bite Some and Not Others

Theoretically speaking, it appears that this is a possibility. We already know that bed bugs are attracted to body warmth. If (as has been proven) some people have warmer bodies than others (as a result of a number of factors), it makes sense to assume that the bed bugs will be attracted to them more than the others with lower body temperatures.

From all we have looked at above, it appears to be a distinct possibility at least in theory.

What Can I Put on My Body to Prevent Bed Bug Bites?

Sadly, there really is no proven bed bug body repellent that works 100%. While some known insect repellents that are applied topically make slow them down, when they are hungry enough, they may ignore the repellents.

There are however claims that some essential oils like lavender can repel these bugs. This Lavender Spray Mist is surely a good way to test this claim. Let me know if it worked… Or I’ll test it for you when I get bed bugs (which is hopefully never! :P)

What Scent Keeps Bed Bugs Away?

Bed bugs are thought not to like the scent of some essential oils like lavender, peppermint, lemongrass, and cinnamon. 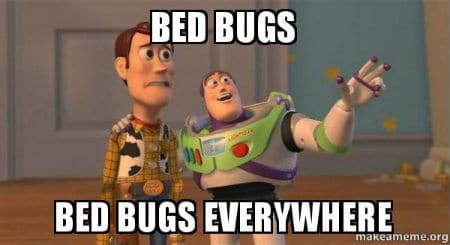 One thing is clear from all we have looked at above and that is that bed bugs are difficult to get rid of. It is reported that the seeming resurgence of these bugs is tied to their having become resistant to a lot of insecticides.

The truth is that the best way to avoid being bitten by these pesky bugs is to eliminate them from your home. Trying to repel them from just your bed or your body may actually cause them to spread around your home.

Below are the most effective ways to get rid of these unwanted visitors. You can choose the most suitable method for you depending on your needs and budget.

Steam Cleaner and non-toxic bed bug spray. You can use them together for the best result or separately if you are on a budget. It is recommended you put your sheets and everything else made of fabric in the dryer for at least 45 minutes as well.

If you want to protect yourself from dust mites as well as from bed bugs use mattress encasement. For maximum results look into allergy and bed bug proof pillow covers too.